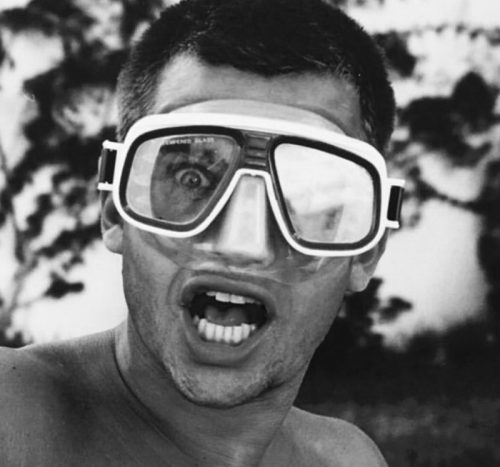 Apart from David Attenborough, Tom Baker and the fella from the X-Factor, legendary comedy director JJ Keith  –  once Tatler’s Bachelor of The Year – surely has the most distinctive voice in England – deep, suave and resonant, like well-made mahogany bureau. He could have cleaned up in voice-overs, but despite having a voice for radio, his destiny was behind the camera rather in front of the microphone.

And he got off to a flyer!  – his debut short film ‘Holiday Romance’ (self-written and directed) was nominated for an Academy Award  (yep, an Oscar)  and went on to win Best Short Film at the Hollywood Film Festival.

His commercial work for Guinness and 118-118 won Gold’s, Silvers and Bronzes at Cannes, British Arrows, Creative Circle and The One Show. His work matches his wry sense of humour – funny, bone dry and just the right level of silly.

His commercial for Ice Dew, the Chinese mineral water that features numerous 1/8th-sized athletes competing at the Olympics, won Gold at the Chinese 4A awards.

JJ lives in West London, in a shoe, with his wife and many children.