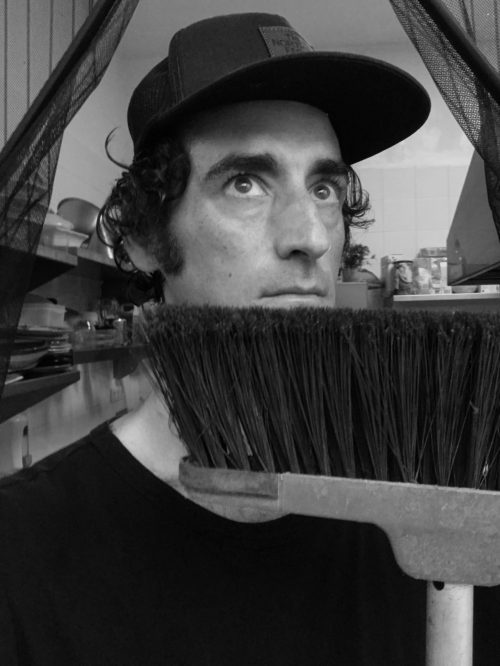 NYC is where the air is sweetest for Tobias Perse. Where he came from is obscure – the story changes with each telling, but we pick up the story when he was a writer for Rolling Stone Magazine. Heady days. That somehow led to writing and co-directing a documentary about 9/11 that made it to Sundance and won a hatful of awards.

Something of a globe-trotter, Tobias now resides in Berlin with his partner and two daughters. He’s directed films. Some of them award winning, for clients including but not limited to: Burger King, Lidl, Nivea, Siemens, Smart, Toom & Hornbach.

He’s fast talking and even quicker thinking, never shy of an embedded clause in a long sentence, like this one, and this razor sharp-wittedness, which manifests in his work as a sophisticated storytelling ability, is evidence of a keen eye for the comedy and a relish for the less expected complexities of modern life. It makes for some delightfully off-the-wall films, and supremely entertaining, if occasionally somewhat baffling, conference calls.

It’s an ill-trumpeted fact that Tobias is single handily responsible for writing the second best US Rep Company About Page in the history of the craft. Details available upon application. Terms & Conditions apply.