Let's Do Something Incredible 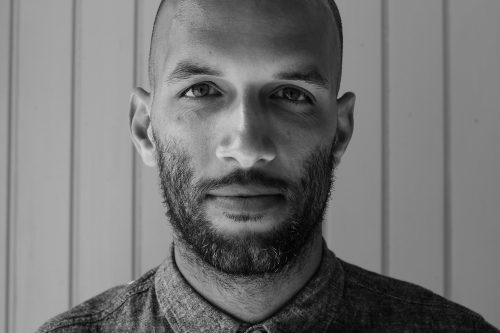 Matt Houghton is a prolific, multi award-winning filmmaker who crafts intimate human stories. His films often stand astride the line between fact and fiction. He has an eye that spots beautiful and poignant in the everyday and seemingly ordinary.

From little acorns spring mighty oaks. Matt’s first project was a self-confessed Gondry rip-off a one-shot music video involving a homemade seascape constructed in his mum’s back garden, complete with puppet sharks and a floating functioning TV set. Do not try this at home.

Over the past few years Matt has worked with a broad range of brands, including Google, Volkswagen, Strongbow, Toyota, Smart Car, Axe, Red Bull, Camelot, Save The Children, Nikon and The Guardian.

His short film Landline – relating the real stories told to a help line set up to support gay farmers – deservedly won the 2018 Grierson Award for Best Documentary Short and a VIMEO Best of The Year 2019 Nomination. Landline was selected as part of the British Council/BFI’s #FiveFilms4Freedom campaign where viewed over 450,000 times in 12 days. He also won the HBO Short Documentary Award. His first short film Dear Araucaria, made in partnership with the Guardian, was released to much acclaim, winning the Audience Award at Sheffield Doc/Fest 2015.

In the past year, Matt has released two more shorts, Four Weddings, his second film made in partnership with the Guardian and Hands Up, Chin Down which had its premiere at Sheffield Doc/Fest 2018.

Matt is a North London native and can be spotted, stills camera in hand, watching the world with his quizzical and insightful eye.